It wasn’t that long ago when boaters didn’t have many options beyond the typical bimini structure for boat shade. In fact, looking back 40 years ago to 1979 the typical bimini was pretty much the only option. And it remained that way for another 30 years until SureShade became commercially available in 2009.

We like to think that we have transformed how the boating industry thinks about boat shade, so we were very pleased to see a recent feature in Soundings Trade Only magazine contrasting the old bimini 1979 with SureShade in 2019.

In a special feature entitled “Then and Now” in Trade Only’s June 2019 40th anniversary issue, Trade Only profiles the industry evolution of boat products and categories since their first issue 40 years ago. 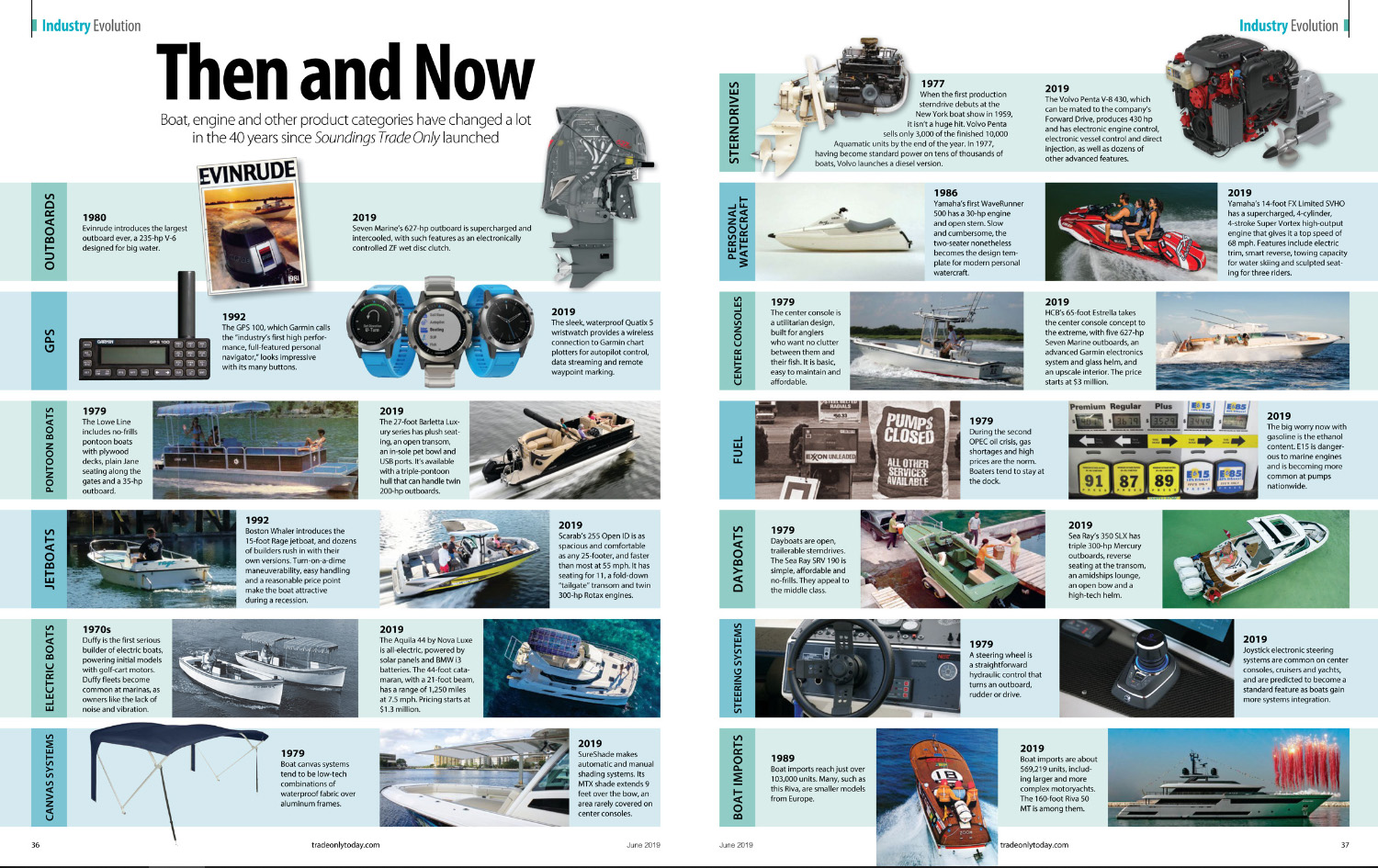 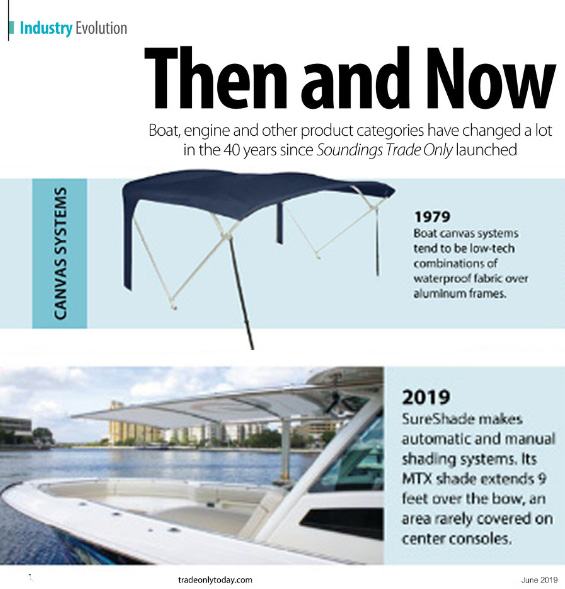 For the category of “Canvas Systems” (lower left of two page spread), the typical bimini of 1979 is depicted:

The bimini is then contrasted with SureShade in 2019, with a photo of our MTX-3 Pull-Out Boat Shade installed on the bow of a Boston Whaler 380 Outrage:

Of course we think the “visual evolution” of the canvas system category over the last 40 years is striking!

From functionality to aesthetics, the introduction of SureShade’s retractable boat shade systems have forever changed how the industry outfits boats with better sun protection.

Learn more about SureShade’s company timeline, including the new product introductions and growth milestones we have had over the last 10 years.