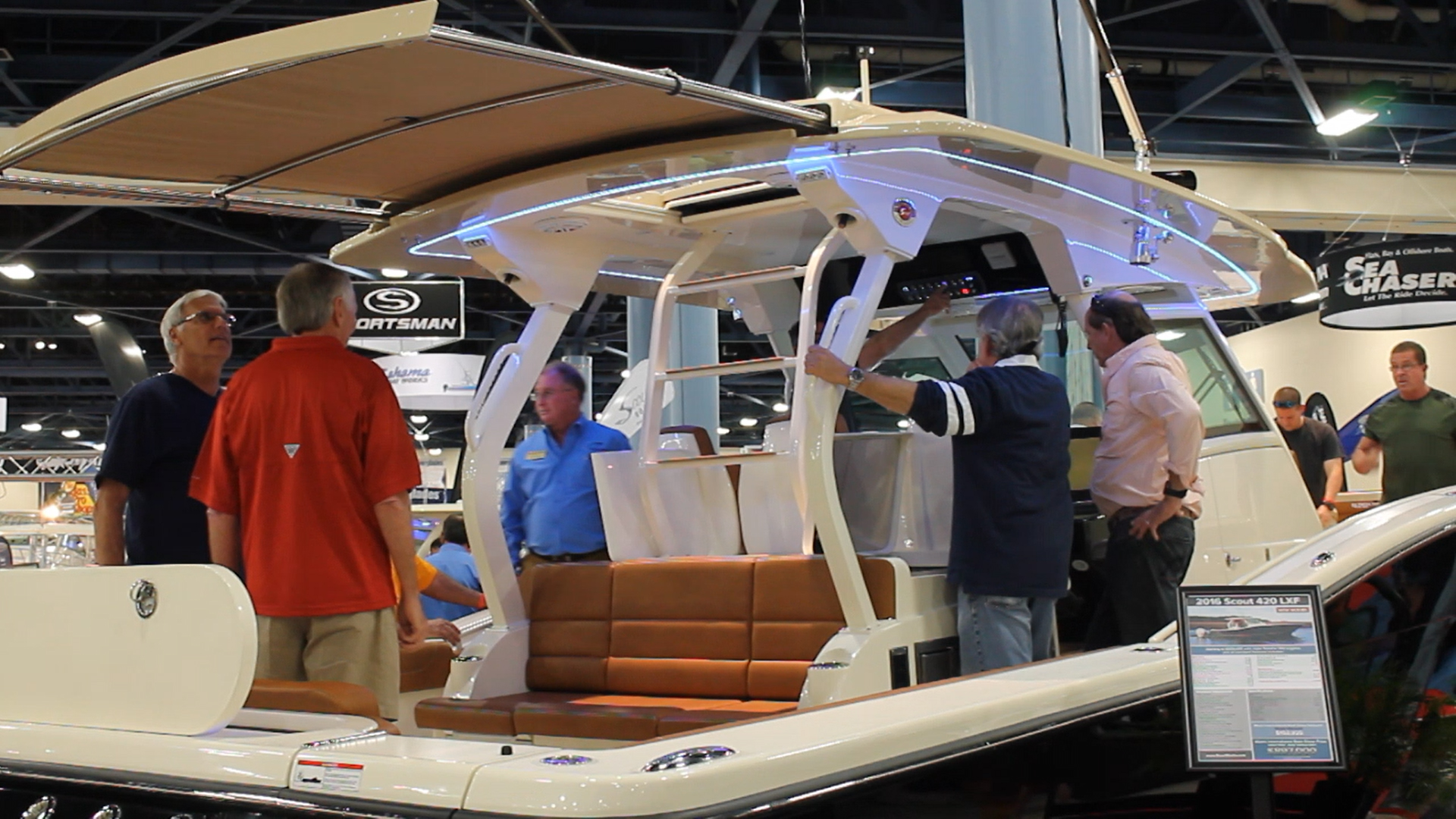 Scout Boats introduced their largest center console ever at the 2015 Miami Boat Show with the world debut of the Scout 420 LXF.

Several new impressive features were showcased by Scout Boats president Steve Potts during the press event and official unveiling of the boat… with one feature in particular that received a round of applause.

As Steve Potts described what the experience would be like as an owner of the new 420 LXF, pulling up into a marina, he says:

“…as you pull up you are the envy of thousands of boaters. You’ve arrived… but not yet…”

At that moment he hits a button on a remote and the SureShade automated sunshade system begins to deploy. The fully integrated telescoping shade electrically extends from the hardtop and in about 30 seconds it offers full shade coverage for the cockpit of the 420 LXF.

The crowd at the press event stands silent while watching the shade extend and then gives the demo a round of applause when fully extended.

Now that’s the way to showcase a new boat in style!

Watch a demo video of the shade debut on the 420 LXF, along with some exclusive show pictures, in this 1 minute video:

For more pictures of the new Scout LXF, check out our Scout Boats gallery page.