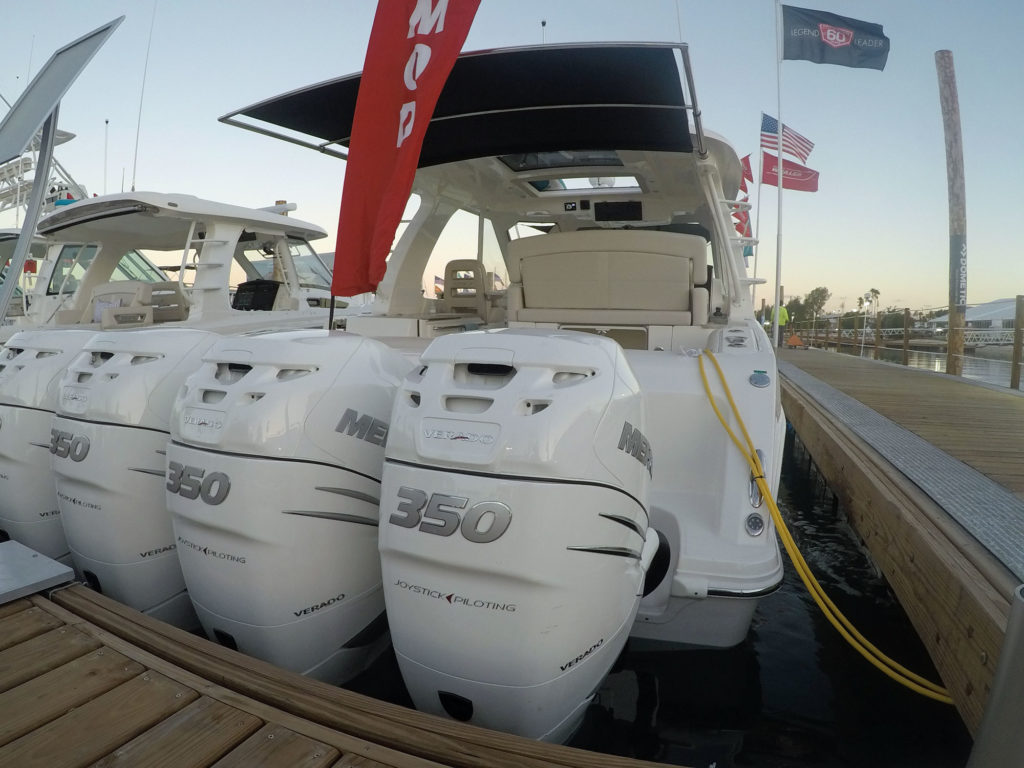 A long-time client of SureShade, when it came time for Boston Whaler to launch an all-new boat series it’s no surprise that they chose to do so with SureShade.

As the first in a new family of Boston Whaler express models, the 350 Realm debuted at the 2017 Fort Lauderdale Boat Show with a factory-installed SureShade ATF automated boat shade for additional shade in the cockpit. 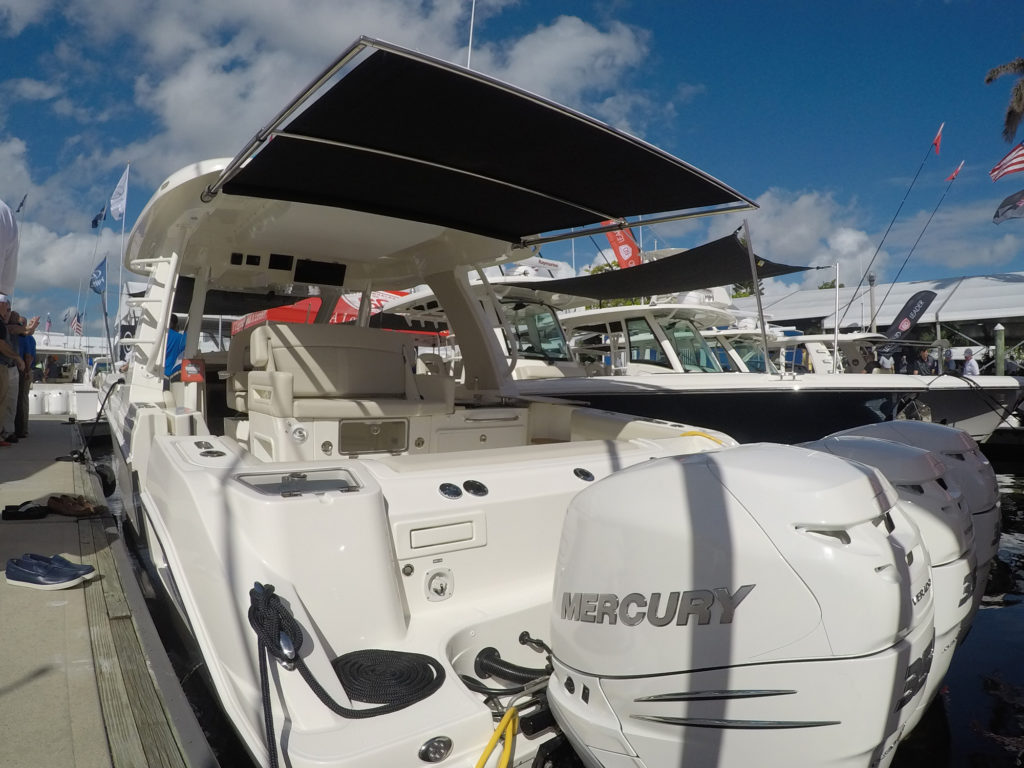 The telescoping framework extends canvas from the cockpit for full shade coverage without the use of support poles to inhibit boating activities. When shade is no longer needed the canvas is electrically retracted to the hardtop at the touch of a button from a switch at the helm. 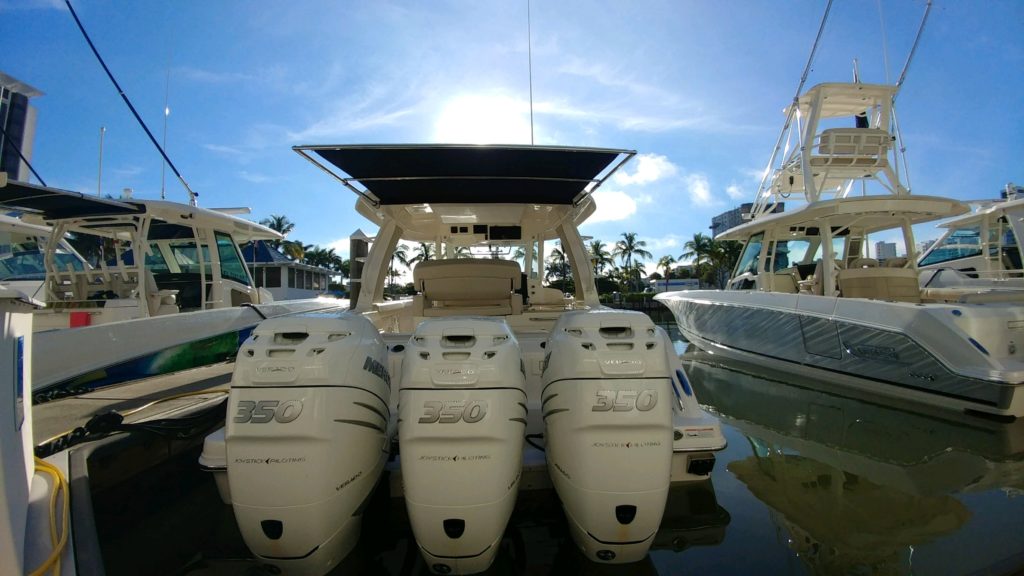 The Boston Whaler 350 Realm with SureShade made such an impressive debut that it was selected as a 2018 Innovation Award Winner.

The second model in the new Boston Whaler Realm series, the new 380 Realm, debuted just a few months later at the 2018 Miami Boat Show with SureShade as a factory-installed option. 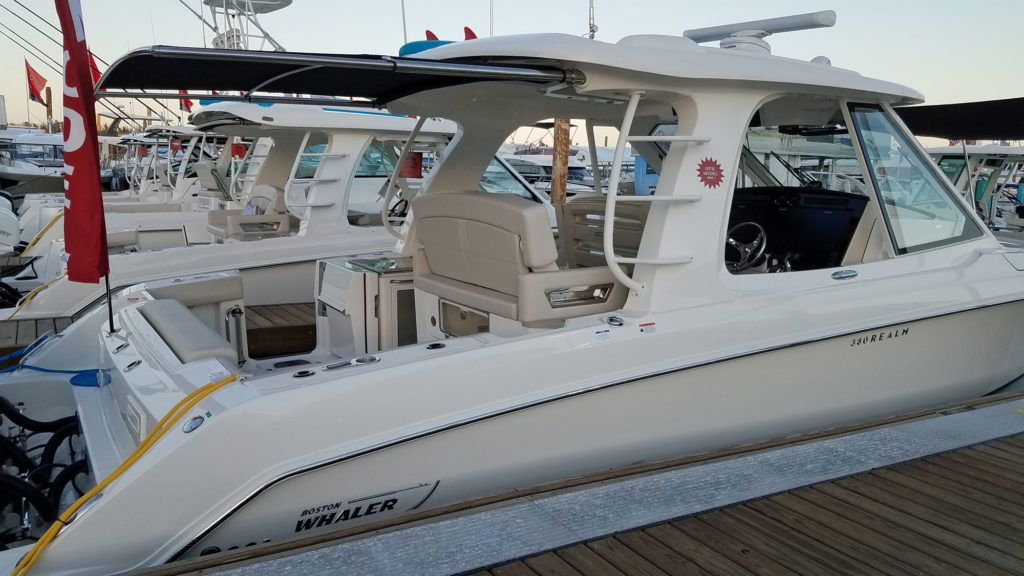 Not only did the new Boston Whaler 380 Realm feature a SureShade automated boat shade system, but it was one of the first to feature our new ATF-SG silent glide shade system.