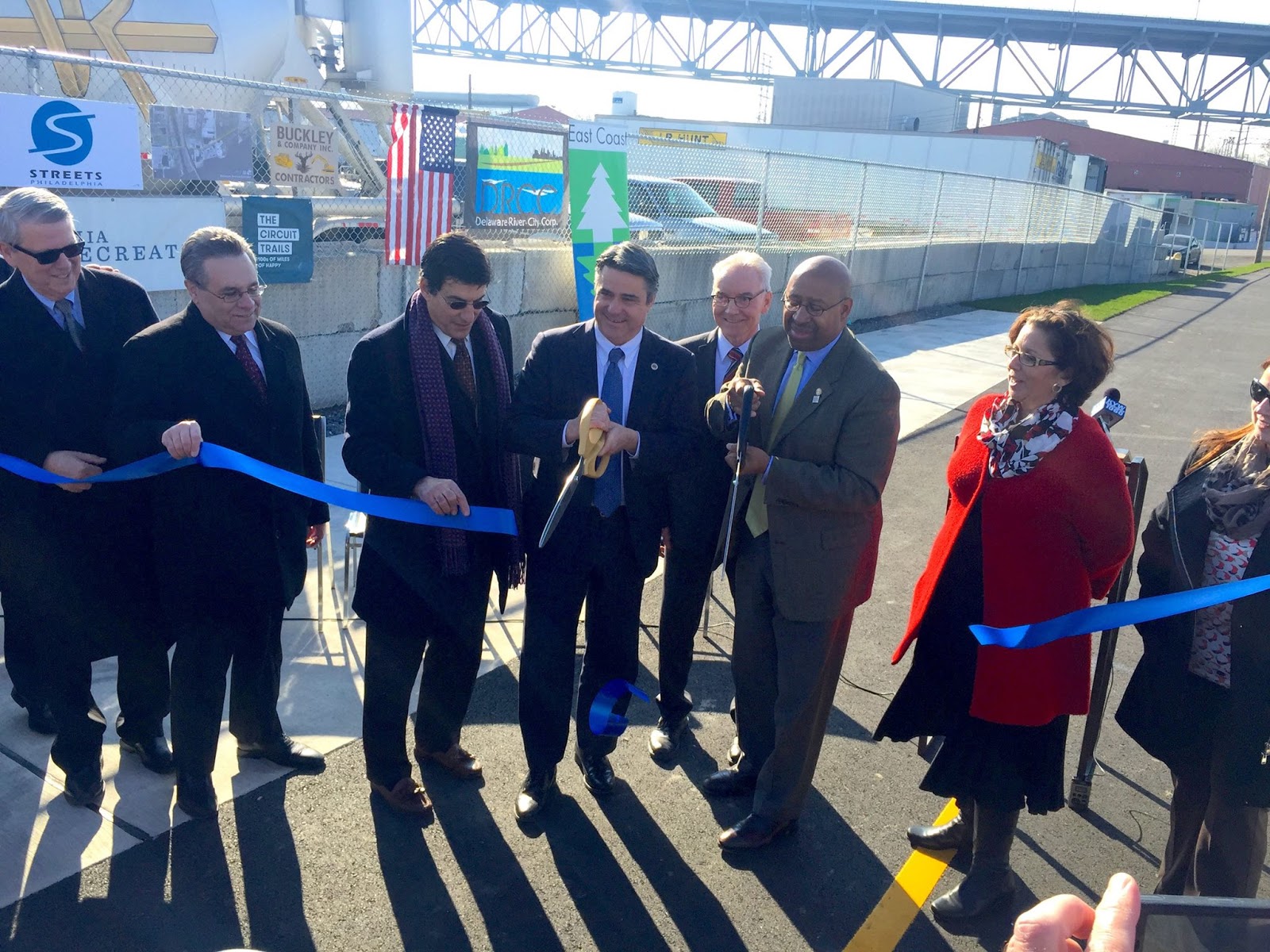 The city of Philadelphia achieves a new milestone in its ongoing quest to reconnect neighborhoods to the Delaware River waterfront (and boating) thanks to a newly constructed roadway, continuation of a multi-use trail project and the development of a new waterfront park.

On December 8, 2015, City leaders including Mayor Michael Nutter, former Congressman Bob Borski and Councilman Bobby Henon along with SureShade’s business leader and co-founder Dana Russikoff gathered with community members to celebrate the dedication of the first phase of the Delaware Avenue Extension – a new roadway and trail project built along the Delaware Riverfront Greenway in Northeast Philadelphia which is pictured below. 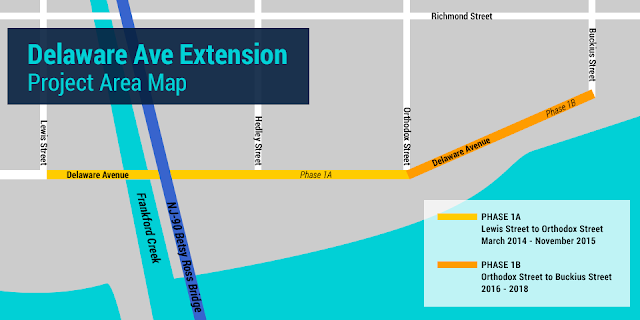 The new Delaware Avenue roadway extension improves access to and from businesses along the waterfront while reducing commercial traffic on streets in the neighborhood.

Next to the new roadway is a new shared-use path that will be part of both the Circuit Trail (the region’s more than 300-mile long network of recreational trails) and the East Coast Greenway, a 3000-mile multi-use trail that runs from Maine to Florida.  Both the new roadway and trail set the stage for the construction of a new waterfront park at the end of Orthodox Street.  Development plans for the new park are currently underway.

The Delaware River trail and waterfront park are part of the Delaware River City Corporation (DRCC)’s mission to revitalize the riverfront via the construction of an 11 mile greenway along the North Delaware. The DRCC is a non-profit organization founded by former US Congressman Bob Borski who also serves as DRCC chairman.

SureShade’s business leader and co-founder, Dana Russikoff (2nd to Mayor Nutter’s left) is an active advocate for the growth of boating in Philadelphia and serves as an executive board member for the Delaware River City Corporation (DRCC).

Nicole Vasilaros, VP of Federal & Legal Affairs with National Marine Manufacturer Association (NMMA) was in town the same day to scout waterfront locations for the Industry’s upcoming event during July’s Democratic National Convention and joined Dana to help celebrate this new access to waterfront and boating along the Delaware River. 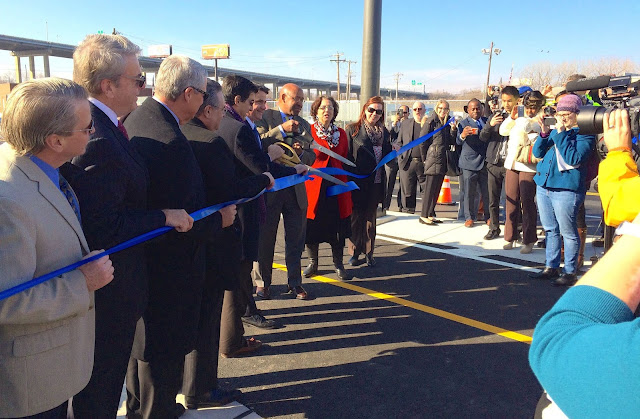 “Philadelphia’s Streets Department and Delaware River City Corporation have led this effort which has been in the works for more than 15 years, and today, with the dedication of this new, critical link, we begin to reshape transportation and recreation in these historic neighborhoods,” Mayor Nutter said in a statement following the ribbon-cutting ceremony.

“The Delaware River represents a huge growth opportunity for both the City and the Boating Industry,” said Dana Russikoff. “And I’m proud to be part of this waterfront revitalization effort to make Philadelphia and the Delaware River a destination for current boaters, introduce a whole new market demographic to the boating experience, and generate economic impact by keeping our growing business here in the City and creating jobs in the boating industry.”

SureShade remains dedicated to connecting River, City, Boating and Industry in Philadelphia, and is collaborating with other industry players to bring a major boat show back to Philadelphia’s Convention Center in 2017.