The Miami International Boat Show continues to be one of the best events for boat manufacturers to unveil new boat models to the public… and SureShade was thrilled to be showcased on two brand-new boat models as a factory-install option for marine sunshade at the 2012 Miami Show amidst record show attendance.

Grady-White unveiled their new dual console Freedom 335 at the 2012 Miami Show with the SureShade automated system as a factory-install option. Our patented power-driven telescoping sunshade system conveniently extends canvas over the cockpit at the touch of a button, enhancing the “cockpit social area” in the Freedom 335. 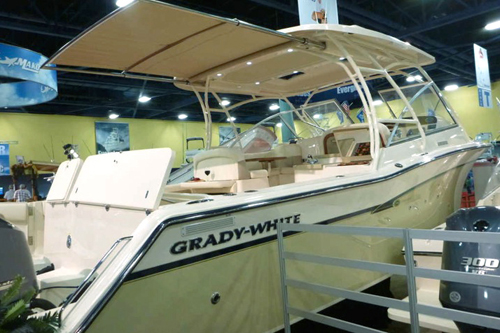 David Neese, Grady-White’s vice president of engineering, introduced the Freedom 335 to Trade Only Today noting that the boat “rivaled any center console”. He added:

“But what really sets this boat apart is the amount of amenities we’ve put in this boat that allow you to have fun in the sun — or the shade!” Neese said as another Grady representative pushed a button that dispatched an aft deck shade to cover the entire cockpit. “I don’t know if anyone is timing this, but in about 15 or 20 seconds we’ve turned a great fishing boat into a phenomenal cruising boat.” 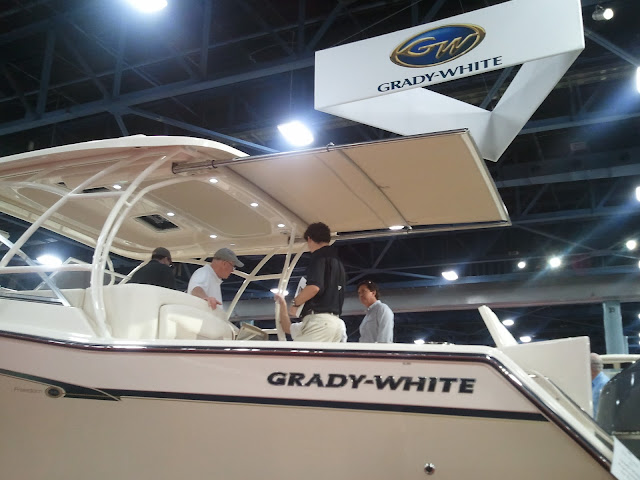 For more on the launch of the Freedom 335 with SureShade as a factory-install option, read the full release. 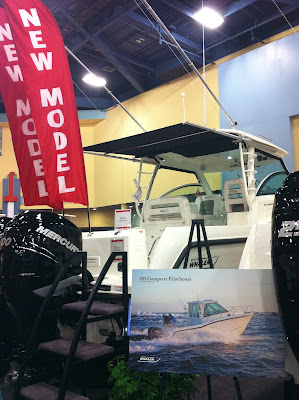 Boston Whaler launched one of their latest models in Miami – the 315 Conquest featuring the SureShade manual sunshade factory-install option. The manual sunshade is a patented lightweight retractable canvas system that operates with a simple hand lever to easily extend or retract canvas to control shade coverage in the cockpit.

The availability of SureShade on the 315CQ follows the successful commercial launch of two other Boston Whaler boat models offering SureShade as a factory-install option – the newly redesigned 285 Conquest launched with the manual sunshade option, and the 370 Outrage with a fully integrated automated sunshade system option.

In the official 315 CQ press release from Boston Whaler, Ron Berman, vice president of product development and engineering, noted the emphasis on versatility with desirable features and professional-grade materials used throughout the 315 Conquest, and added:

“The optional sunshade system features a robust framework that holds up tremendously even when the wind picks up.” 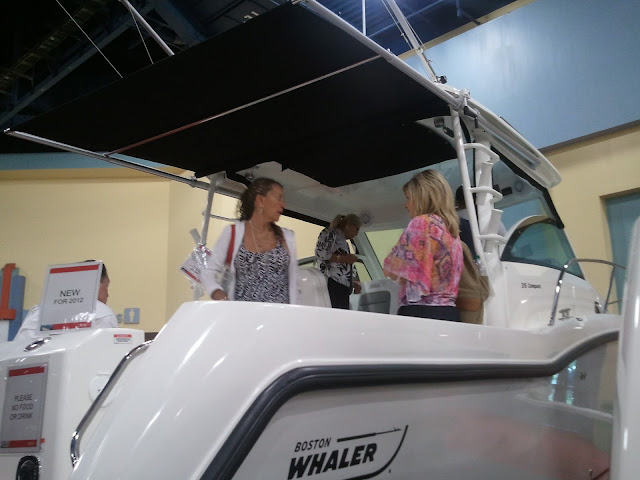 For more on the launch of the 315 Conquest with SureShade as a factory-install option, read the full release
See more details in SureShade’s boat brand gallery for Boston Whaler

Watch the SureShade 2012 Miami Boat Show recap video for pictures of both boats!