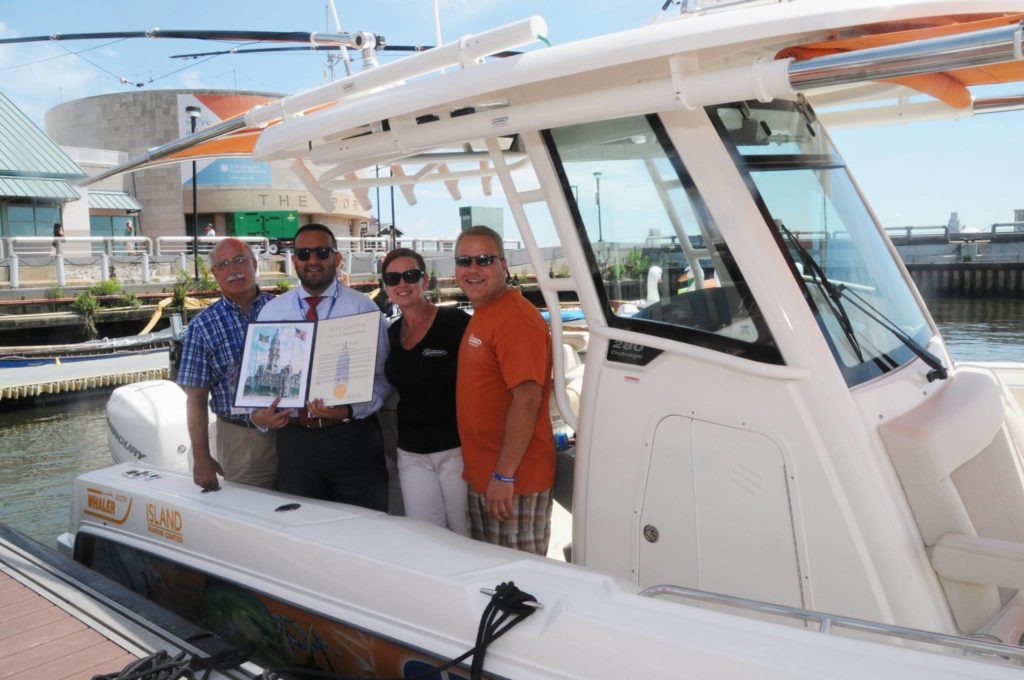 PHILADELPHIA, Pa. – July 26, 2016 – SureShade, the U.S. designer and manufacturer of patented retractable sunshade systems for the marine industry, was presented with an official citation from the office of Philadelphia City Council for recognition of SureShade’s hard work, dedication and distinguished service to the city of Philadelphia.

Presented by Jonathan Todd, Director of Talent Development with City of Philadelphia Department of Commerce, the citation was awarded to SureShade co-founders, Ron and Dana Russikoff, and read:

The citation was presented during the National Marine Manufacturers Association (NMMA) “Day on the Water” event during the Democratic National Convention held in SureShade’s hometown of Philadelphia at Penn’s Landing on the Delaware River. As one of the event partners, SureShade hosted local, state and federal elected officials on their new demo boat, Shady Lady, for over a dozen cruises along the Delaware River to help showcase the Philadelphia waterfront and the economic importance of the recreational boating industry.

See more photos of the NMMA Day on the Water event at the DNC in Philadelphia here: http://blog.sureshade.com/2016/07/sureshade-partners-with-nmma-for-day-on.html