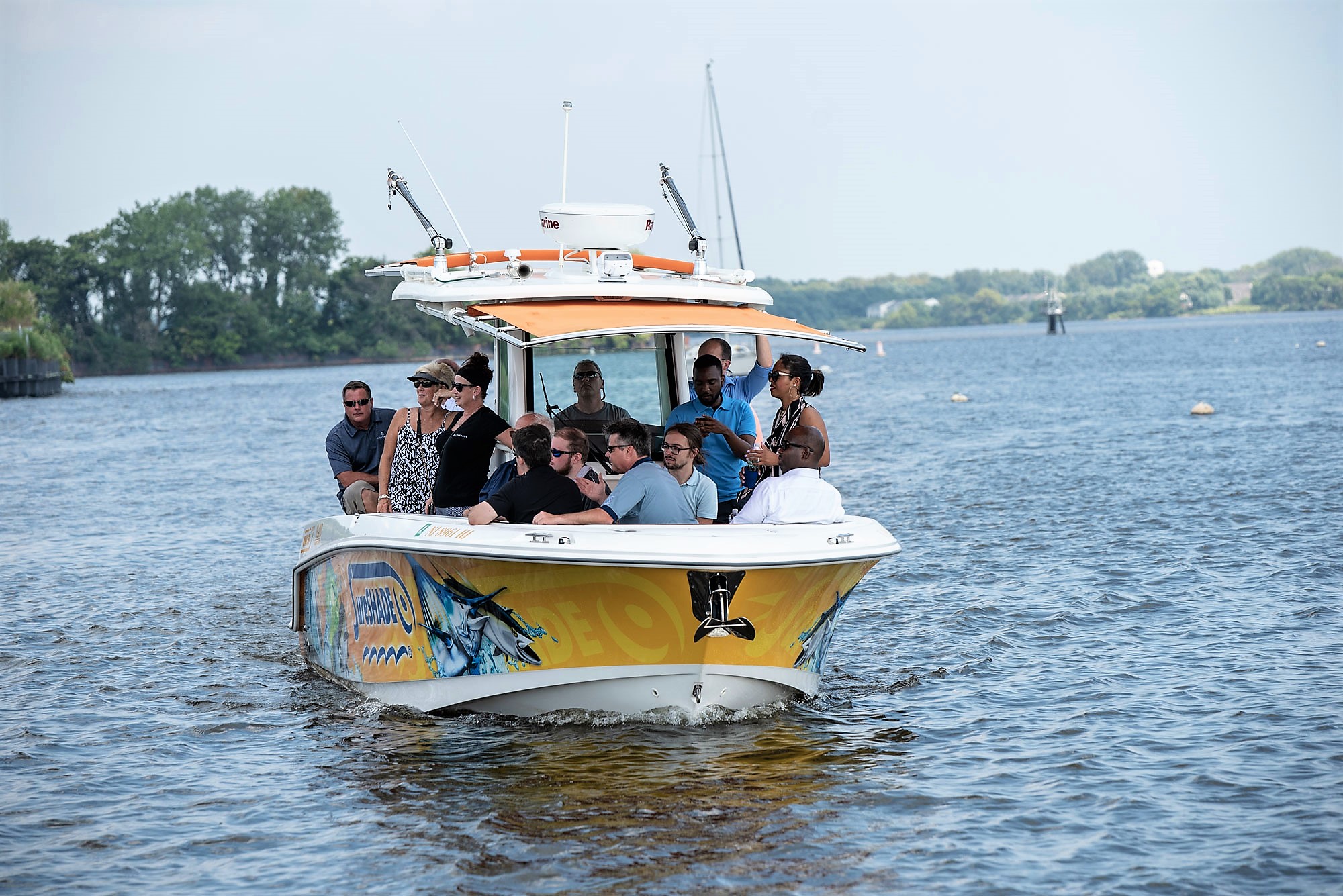 There’s no better way for elected officials to see the development opportunities along Philadelphia’s Delaware River on a hot, sunny August day than cruising under the shade on SureShade’s Shady Lady demo boat.

SureShade co-founders Ron and Dana Russikoff recently spent an afternoon hosting U.S., PA State and Philadelphia elected officials, along with a representative from NMMA and a delegate from the Delaware River Yachtsmens’ League, in an effort to focus their attention on the Delaware riverfront’s development and boating opportunities.

Inspired by a lifetime of boating on the Delaware River, SureShade remains committed to the development of the riverfront and boating opportunities for their hometown and manufacturing headquarters in Philadelphia.

A Riverfront of Opportunity

SureShade’s Shady Lady was the perfect vessel to help showcase the Delaware River to both elected officials and Philadelphia riverfront and boating stakeholders. 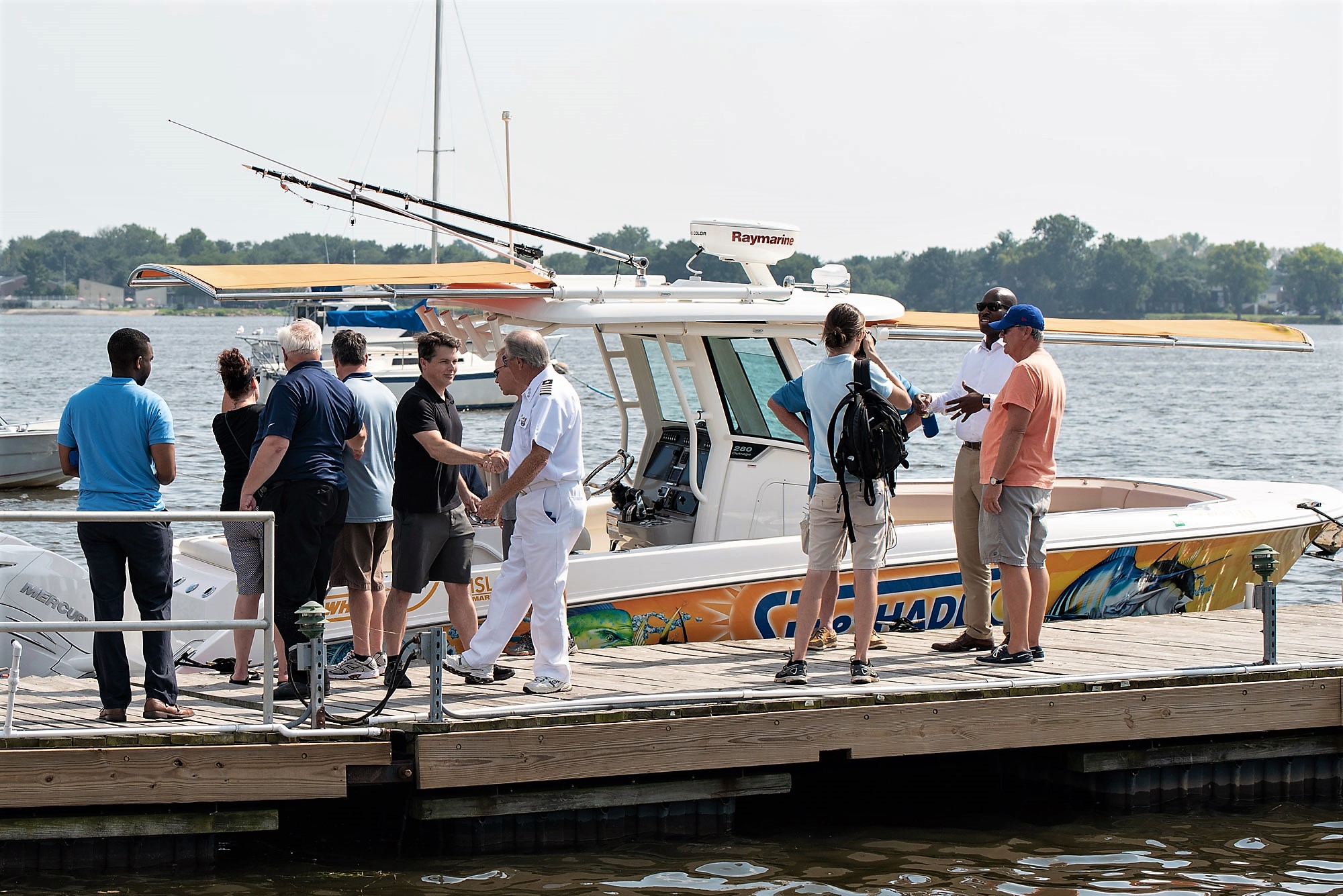 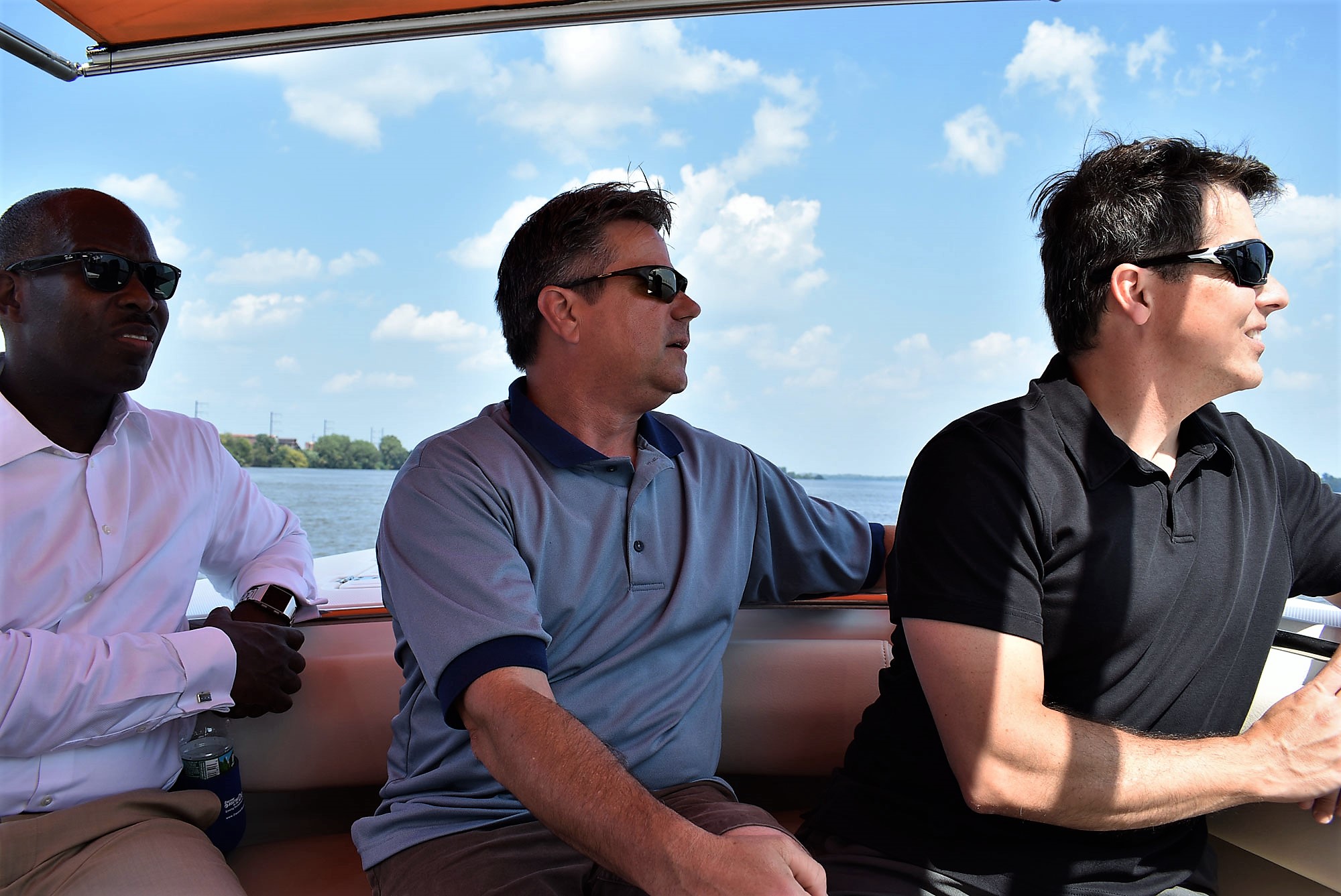 Also joining us on the ride was Capt. Jim Morrissey, officer of the both the Delaware River Yachtsman’s League (DRYL) and Chesapeake Bay Yacht Clubs Association (CBYCA). The mission of DRYL is to promote true Yachtsmanship on the Delaware River, its tributaries and surrounding territory. The CBYCA is an association of yacht clubs, boating clubs, and marine associations located throughout the five-state Chesapeake Bay region and the District of Columbia. 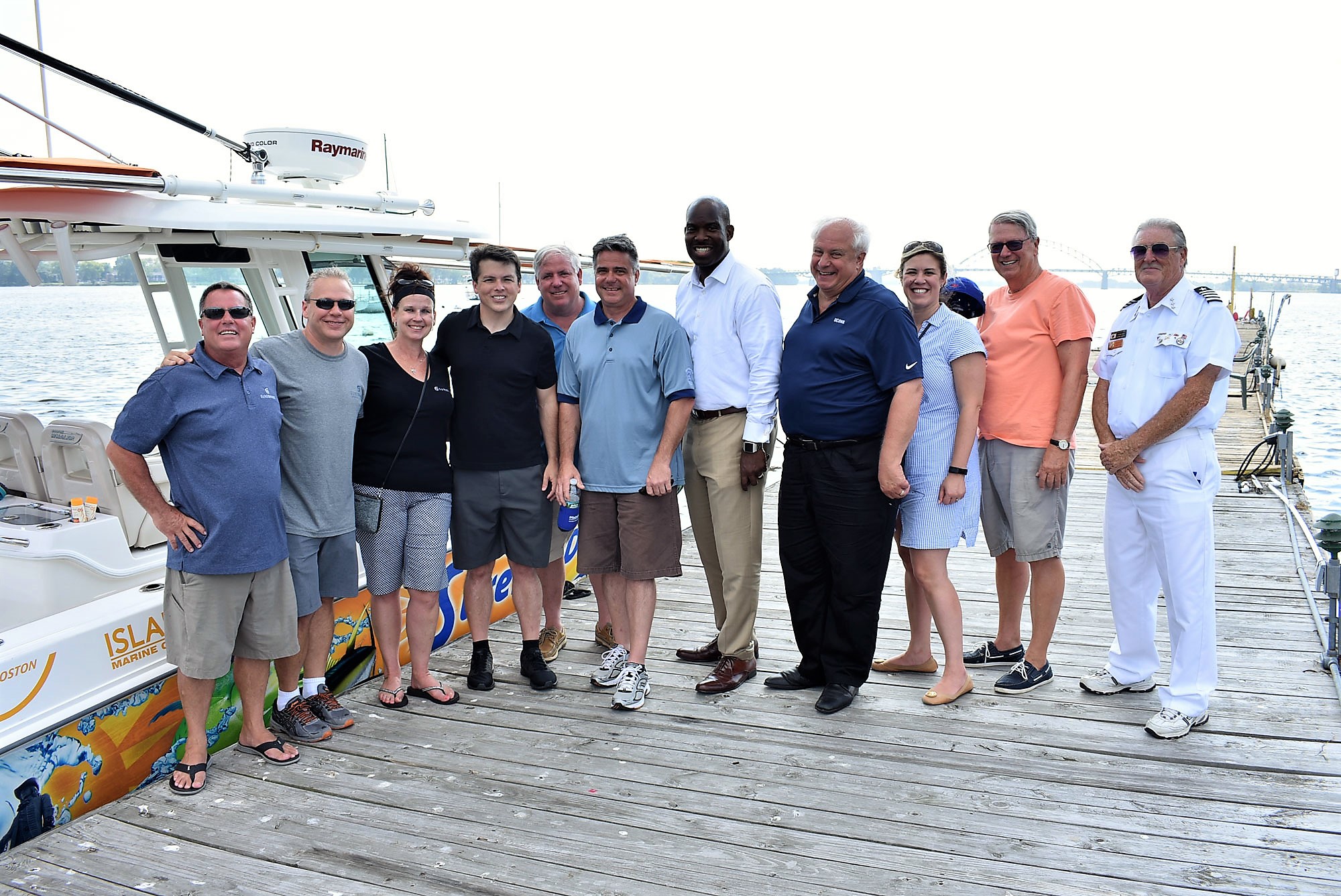 A Shared Vision of Growth on the Delaware

The purpose of the boat ride was to bring together elected officials with other river and boating stakeholders to discuss current riverfront development initiatives underway.

A boat ride on SureShade’s Shady Lady allowed everyone to view current projects like the Riverfront North Greenway project in a way that only boating on the Delaware River could provide them. The ride also helped spark discussion for further amenity development and re-imagining the riverfront as a destination for tourists to come to by boat or by land. 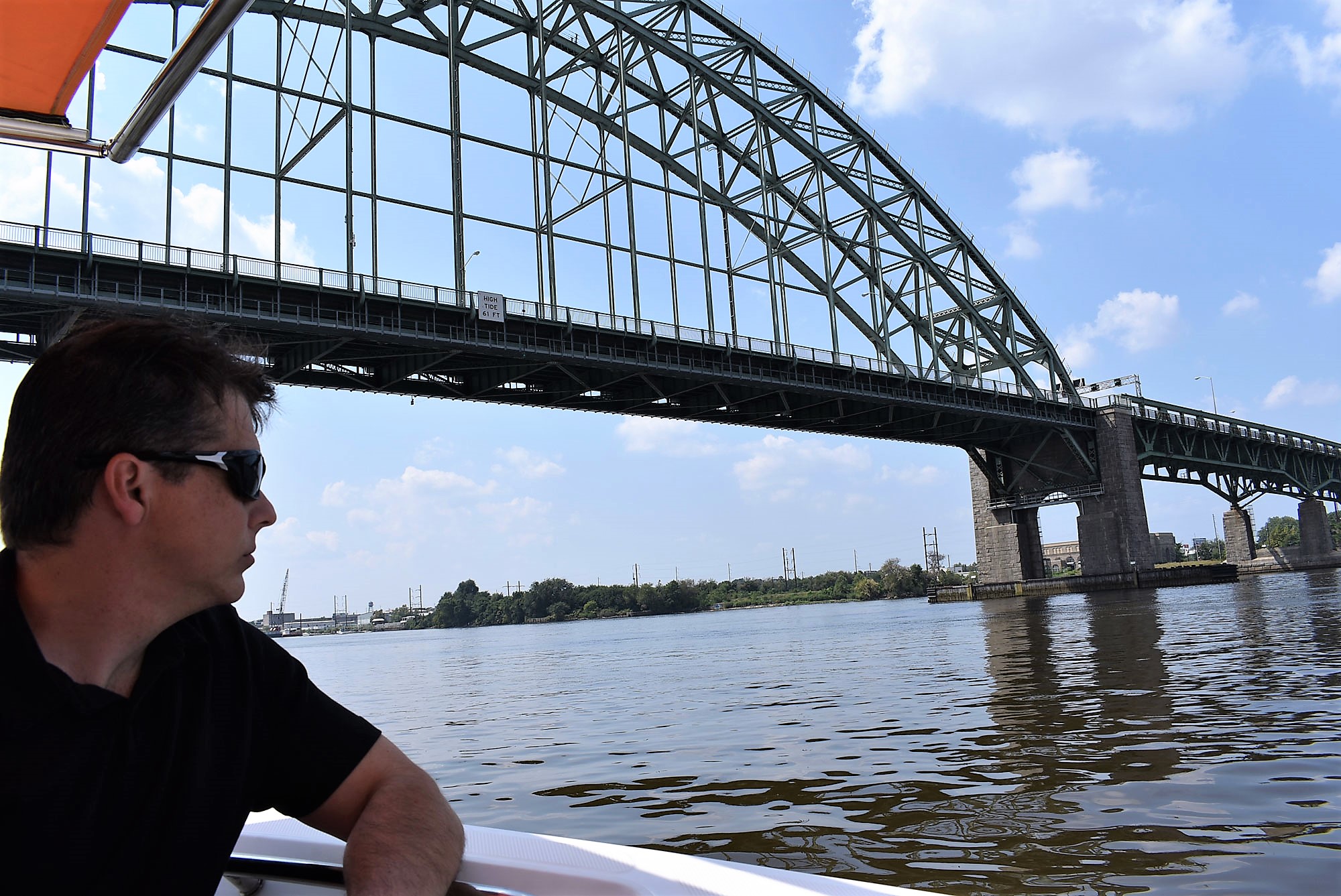 As a result of recent congressional redistricting in PA, the Delaware River in Philadelphia will go from having one congressional rep to three. Incumbent U.S. Representative Brendan Boyle (PA-13) is now running for the new PA-2 district – which covers the entire North Delaware River in Philadelphia, from Race Street to the Glen Foerd Mansion at the city limit. 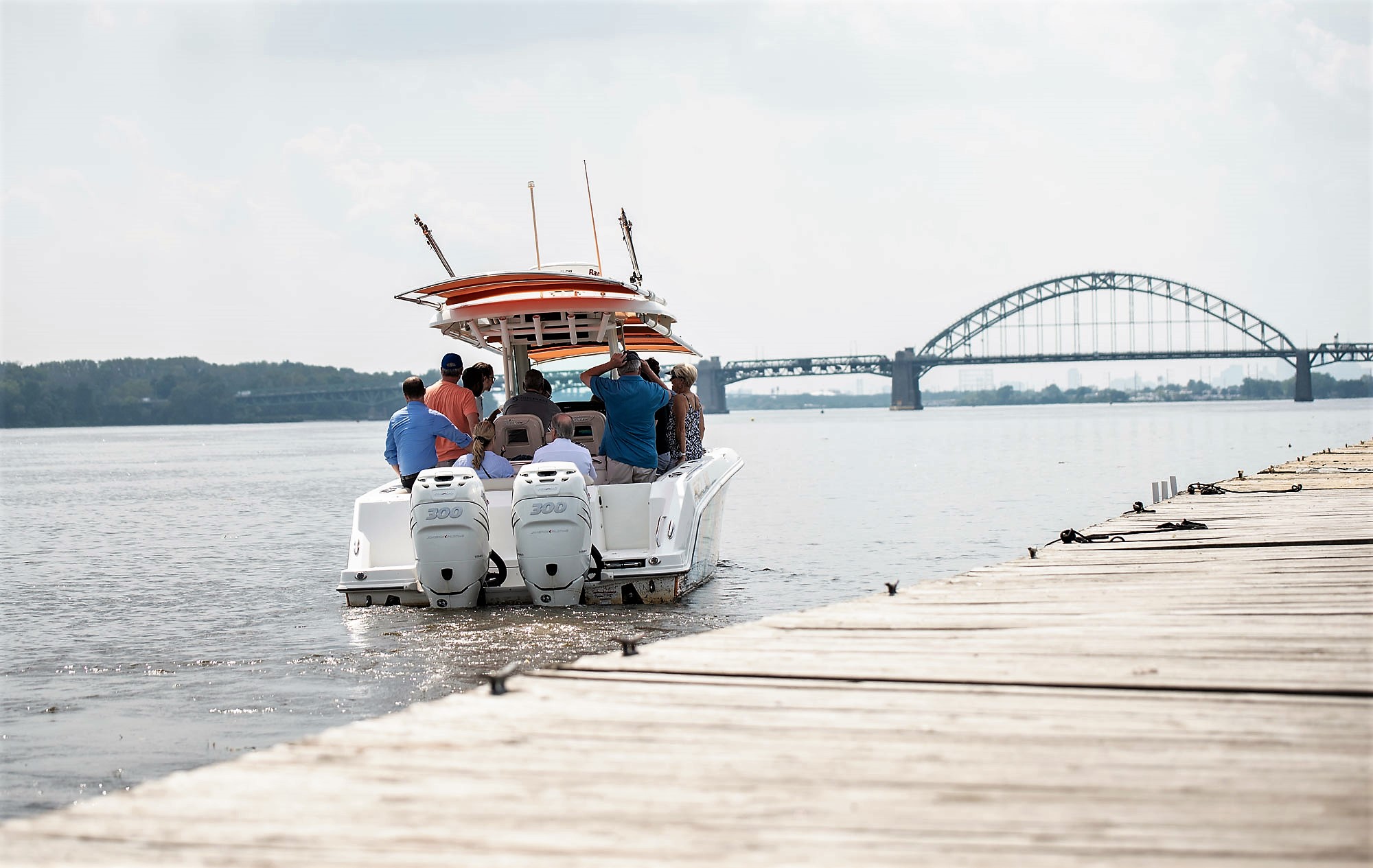 It is exciting to know that the Delaware River in Philadelphia will now have 3 congressional representatives advocating for federal dollars for economic development, environmental and other restoration initiatives along the majestic Delaware River.