Earlier this month, the Sea Ray sales team was introduced to the 2015 model year lineup at their annual Sea Ray Dealer Meeting at their factory headquarters in Knoxville, TN… which included a sneak peek of some new “shady” boats.

We were thrilled to get some early pictures of the all-new 470 Sundancer fresh from a photo shoot and be able to share them as a sneak peek before the boat makes its official debut at the end of October at the Fort Lauderdale International Boat Show. The reinvented 470 Sundancer features the SureShade automated shade system that allows boaters to experience the indoor/outdoor entertaining with the comfort of shade. 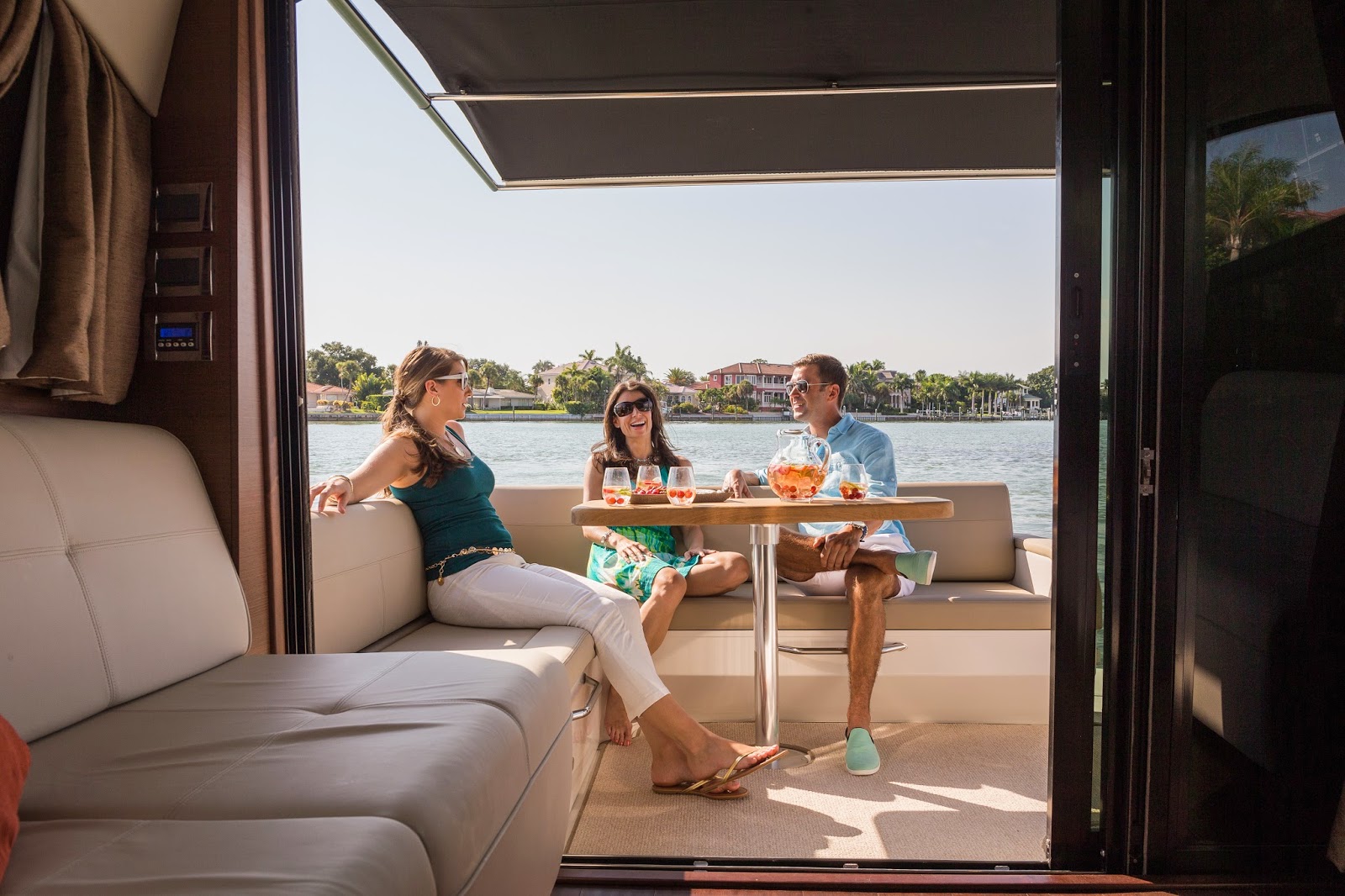 At the touch of a button canvas is extended to provide ample shade coverage in the cockpit seating area of the boat.

“The all-new 2015 470 Sundancer will leave you feeling made in the shade, whether you’re a devout sun worshiper or just want to lounge under the retractable cockpit SureShade.” – SEARAY.COM 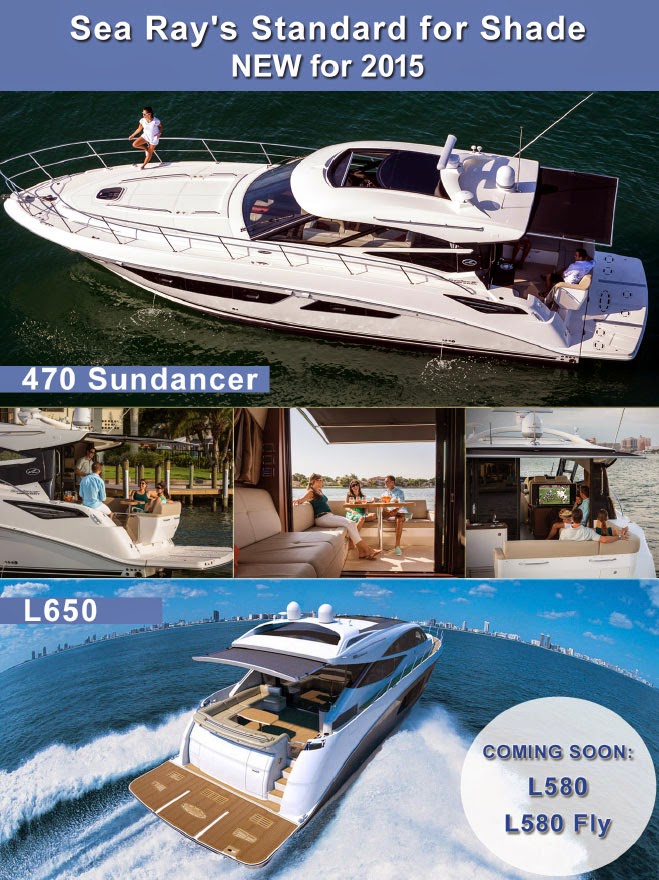 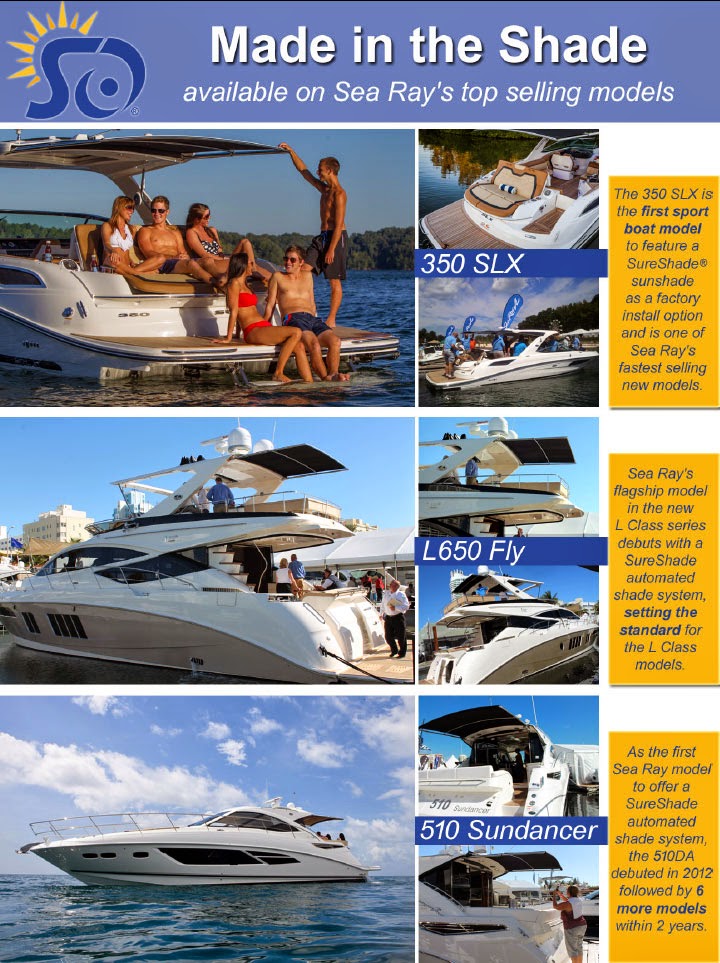