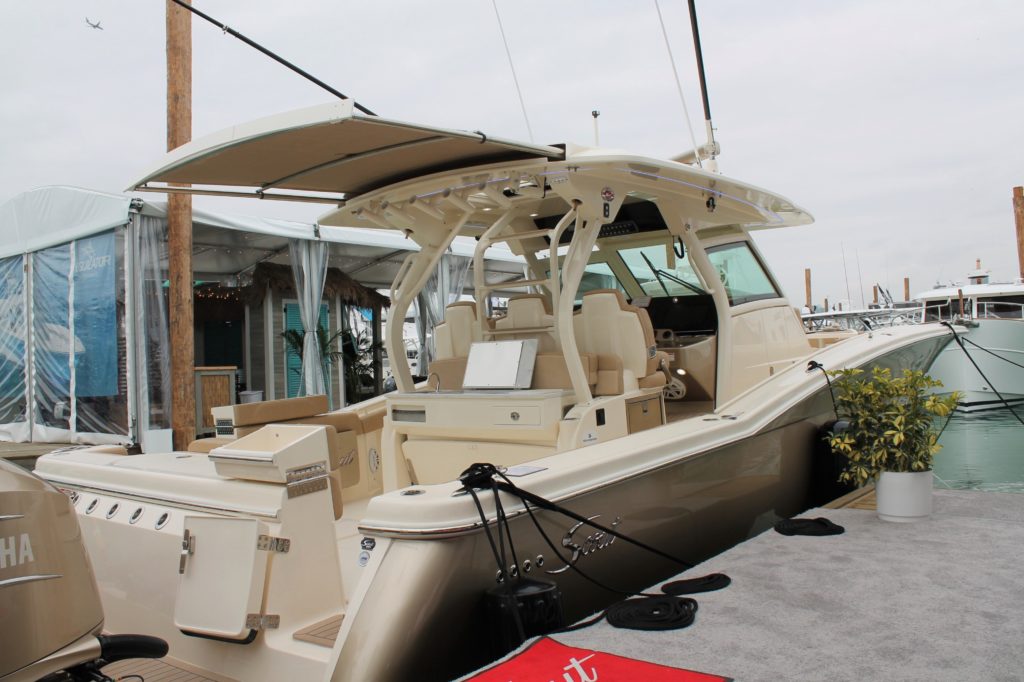 Scout Boats prides itself on packing their boat models with many first-to-market innovations and features – including their own patented innovations and leading boat accessories like SureShade.

With Scout’s new patented electronically actuated articulating rockets – an option on their 420 LXF and 380 LXF boat models –  accessing your fishing rods has never been easier. With the touch of a button, a customer can electronically raise or lower the hardtop mounted rocket launchers.

As an added bonus, the articulating rocket launchers are also designed to work in conjunction with our patented SureShade ATF Automated Boat Shade – also available as a the fully integrated option on 420 LXF and 380 LXF boat models.

Scout Boats won a 2017 Top Product Award by Boating Industry magazine for their Scout Articulating Rocket Launcher, and SureShade was cited as a key feature in the award recognition.