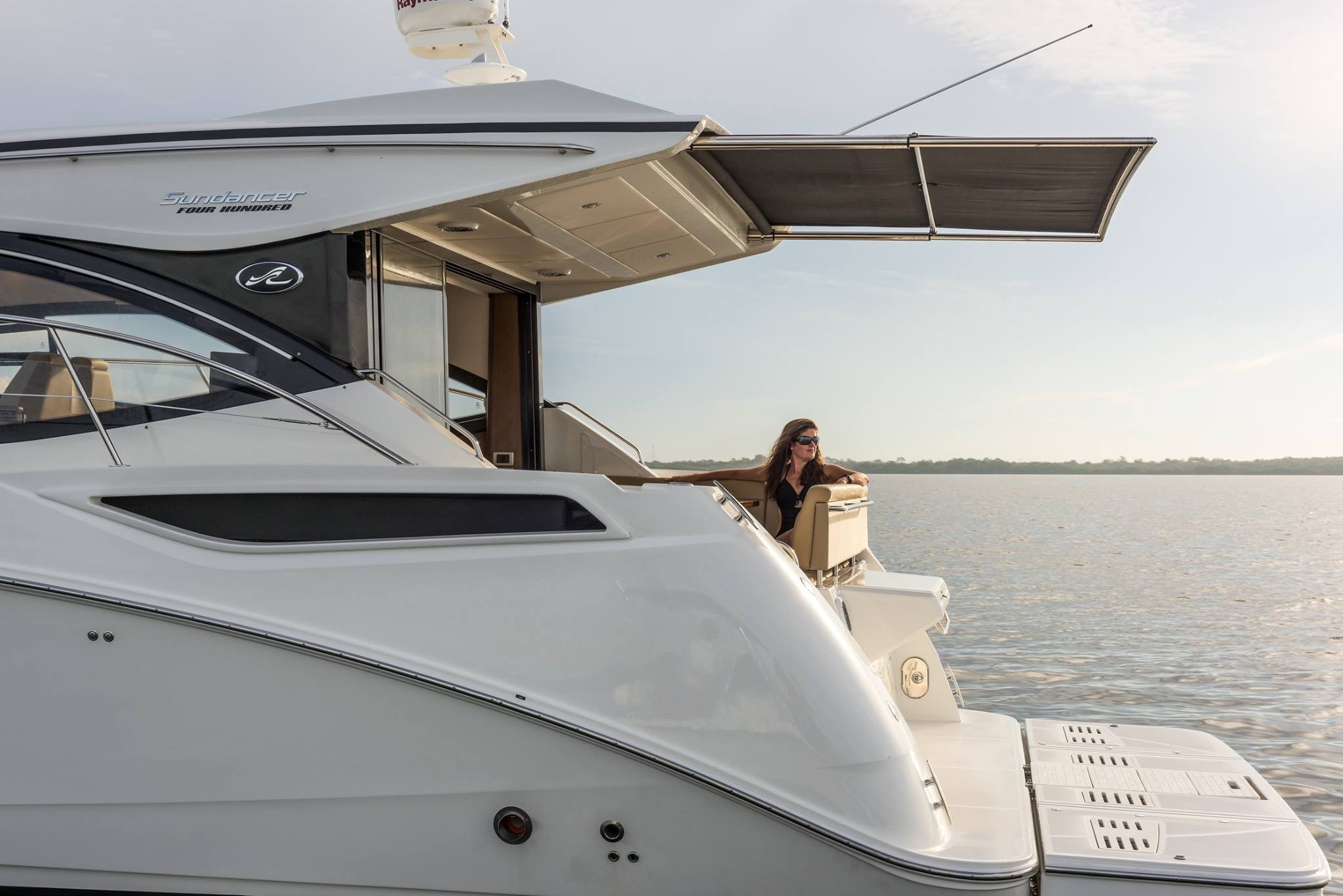 Following the new design trends we’ve seen over the last year or two with other models in the Sundancer line (like the 510 and 470), the new 400 Sundancer will see a whole new design for 2016.
Set to officially debut at the 2015 Fort Lauderdale International Boat Show, Sea Ray has released some early first-look photos of the newly redesigned 400 Sundancer!
Along with a new coupe style with salon up, the cockpit seating area features a SureShade automated shade system that extends shade even further than the hardtop. 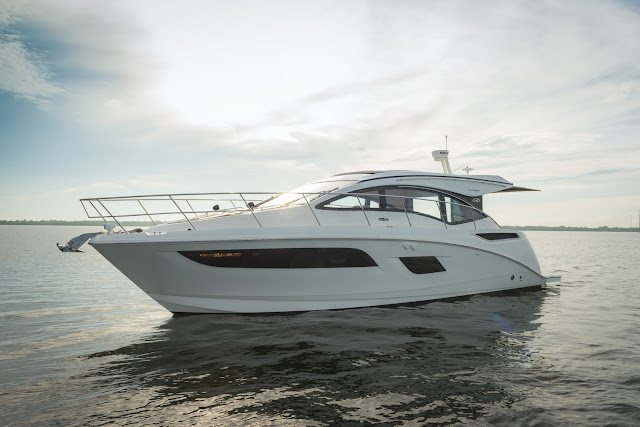 The shade beautifully complements the sleek styling of the new 400 Sundancer, with an integrated factory installation that allows the shade to extend directly from the hardtop and then retract back into the hardtop when not needed. 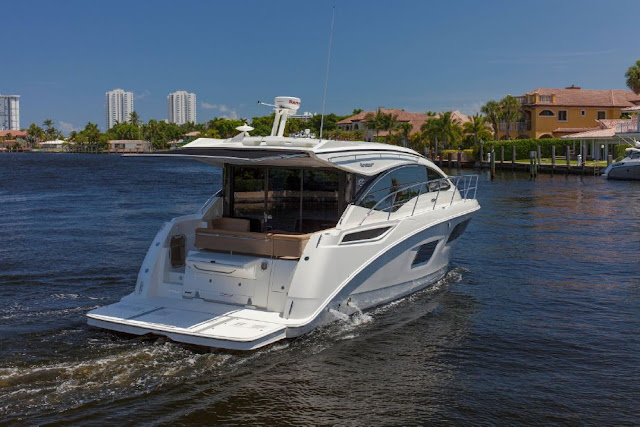 What is really impressive about the generous shade featured on the 400 Sundancer is that it ensures there is full shade coverage in the cockpit as well as a good portion of the swim platform. 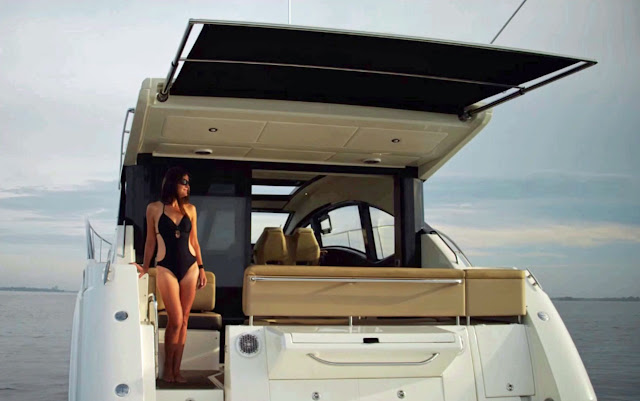 The 400 Sundancer features a grilling station by the swim platform and the automated SureShade system will provide ample shade while grilling. 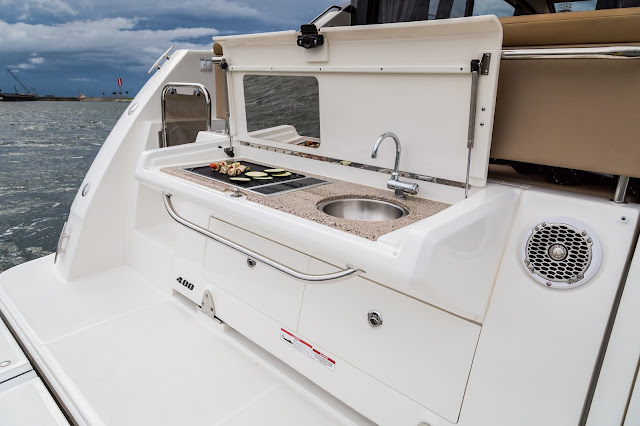 A control switch is located in the cockpit (conveniently labeled “SURESHADE”) to electrically extend or retract shade when needed. 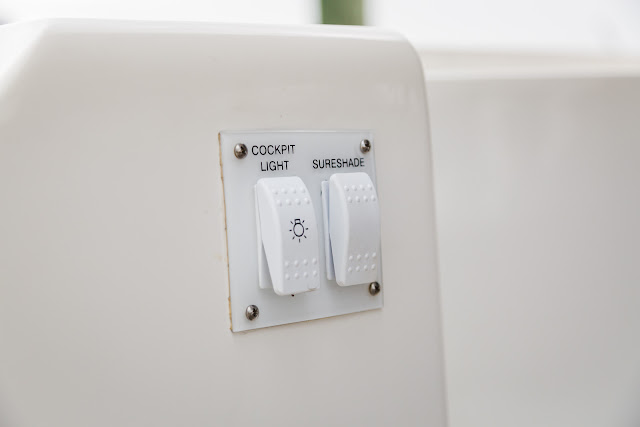 See how the SureShade operates on the new 2106 Sea Ray 400 Sundancer in this 45 second video: