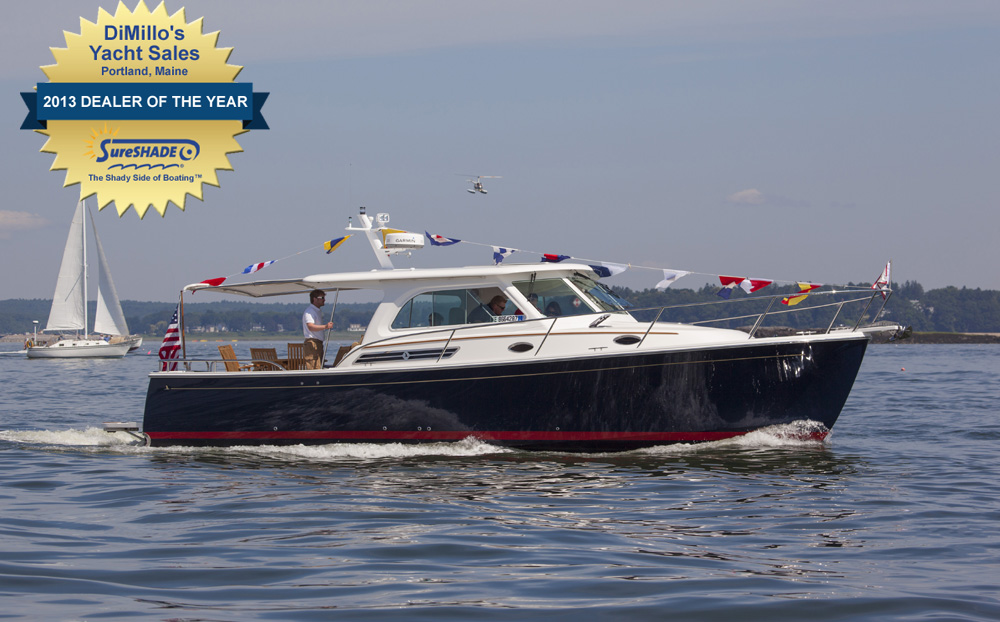 With SureShade’s growing presence as a factory option or feature on new models, dealers remain an important partner in fulfilling market demand for our marine sunshade systems. The support of boat dealers and installers around the world has helped make SureShade the new standard for boat shade.

To show our appreciation, each year we choose to recognize one boat dealer for their outstanding sales and service support of SureShade throughout the year and designate them as our “Dealer of the Year” as a thank-you for going above and beyond.

SureShade is pleased to announce that DiMillo’s Yacht Sales in Portland, Maine has won the SureShade 2013 Dealer of the Year Award for their outstanding sales and service of SureShade sunshade systems throughout 2013.

DiMillo’s Yacht Sales, a Back Cove Yachts and Sabre Yachts dealer and brokerage firm, successfully outfitted over a dozen boats with automated sunshade systems for their clients in 2013. 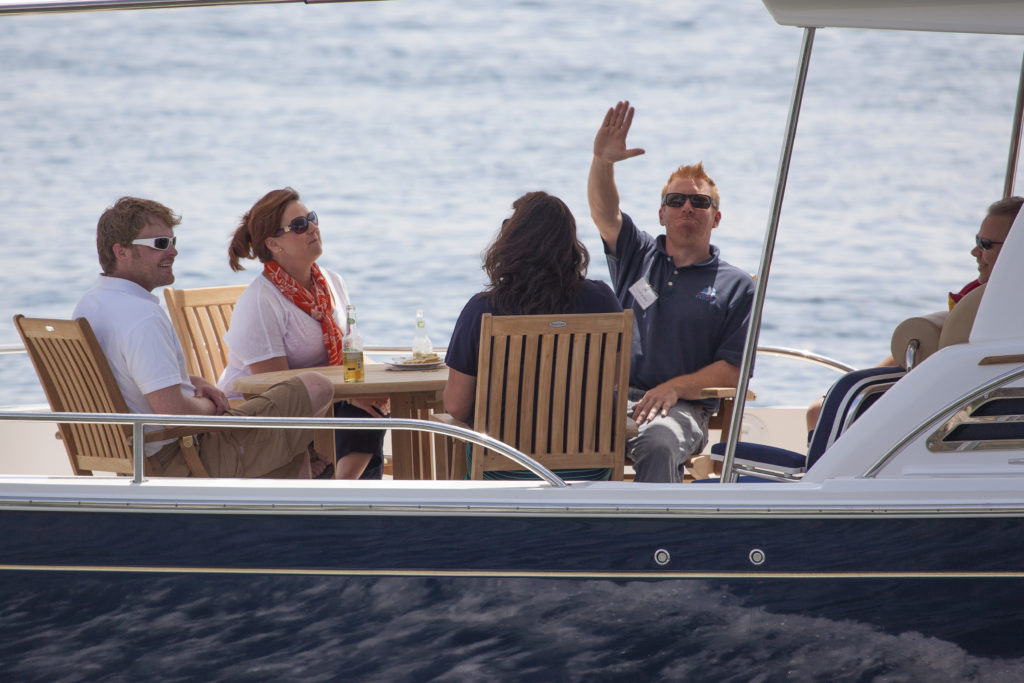 DiMillo’s championed new boat models offering SureShade as a factory-installed feature, as demonstrated in their August 2013 “Lobsterpalooza” customer appreciation event where DiMillo’s helped debut the all-new Back Cove Downeast 37 with SureShade as a standard feature.

They also actively sold and ins 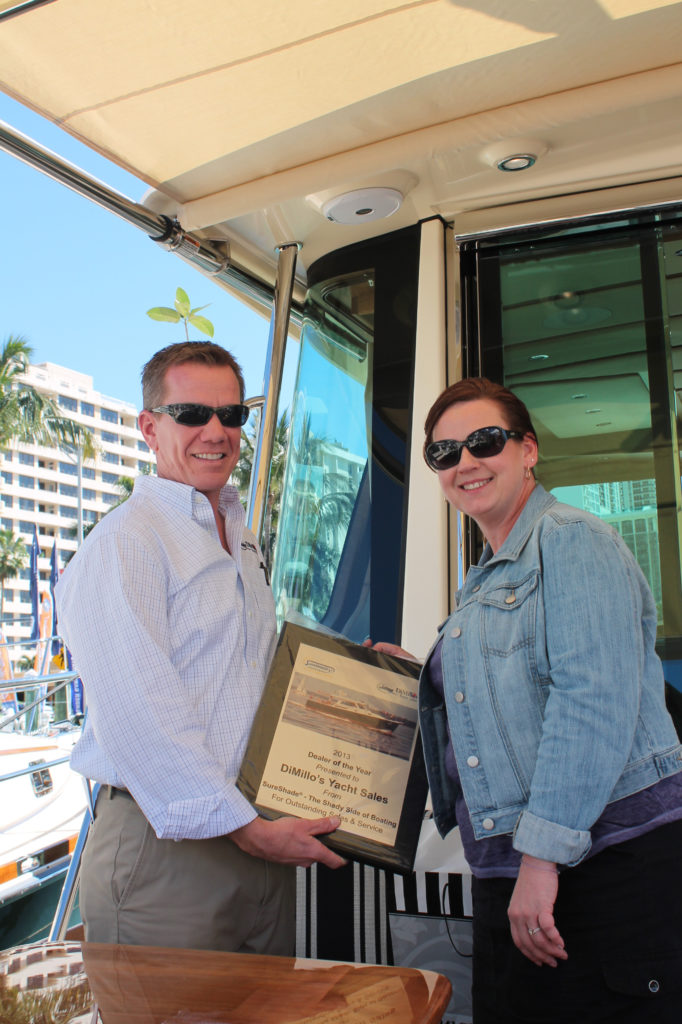 talled shades on new models not yet offering factory installations, as well as existing models as aftermarket upgrades.

“SureShade has been the perfect solution for seamlessly adding more shade on our line of Back Cove and Sabre Yachts, and the DiMillo’s team is pleased to be recognized for our sales and service efforts,” said Chris DiMillo, president at DiMillo’s Yacht Sales. “It has been fun and exciting to be involved with something new that offers a desirable feature for our clientele.”

The award was presented by SureShade co-founder Dana Russikoff under the shade of the new Sabre Yachts 54SE launching at the show with SureShade as a standard feature.

Here are some of recent project highlights (as well as a few currently underway!):

While most of the U.S. is in a deep freeze, the DiMillo’s team is busy installing a Sureshade on Angel Fish, a Sabre 48.  This is the 5th Sabre for these owners… and their first SureShade. 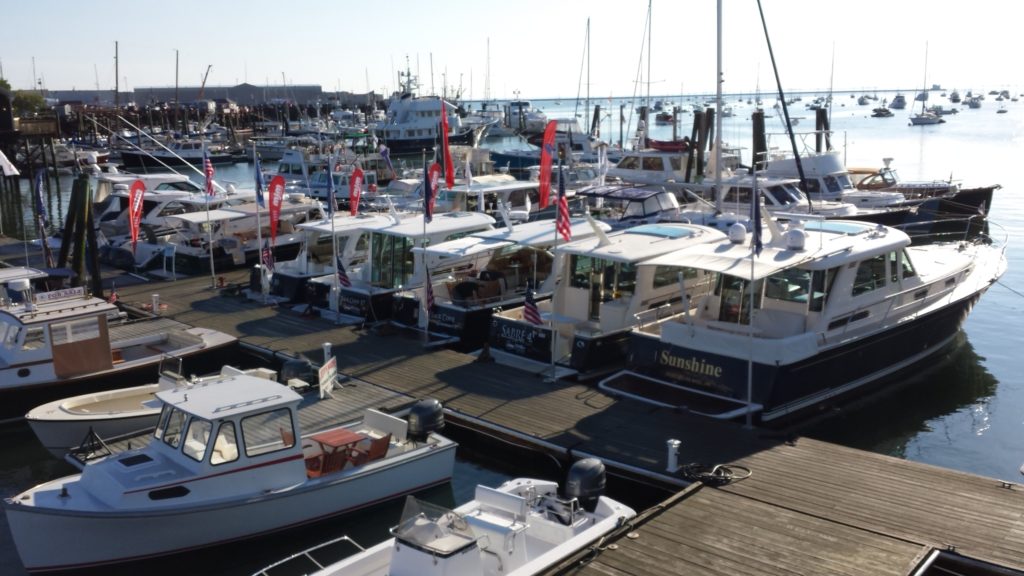 Another Sabre 48, Sunshine, is shown at the Maine Boats Homes and Harbor Show in Rockland Maine with a SureShade automated shade installed by DiMillo’s. The Back Cove Downeast 37, featuring a SureShade shade as a standard feature, was also at the show (two boats over in the picture). 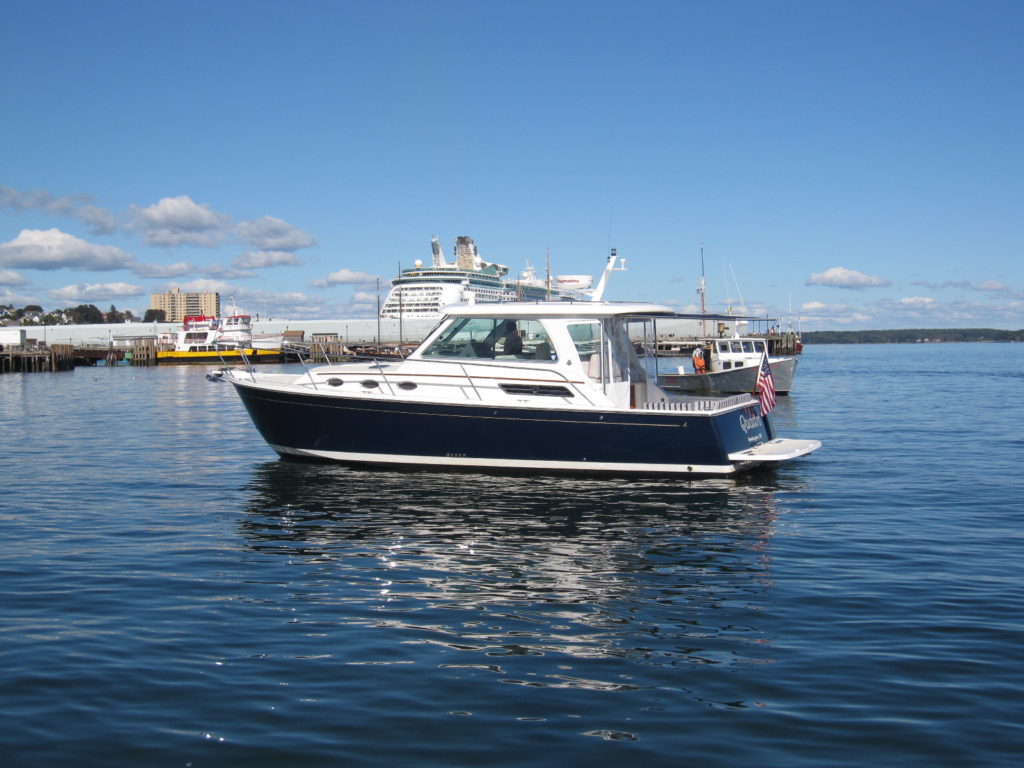 Quattro, a Back Cove 34, featured an under-mount installation of the SureShade system (under the hardtop) by DiMillo’s. The owners have since traded this boat in and have moved into a new Sabre 38 (currently in build at Sabre) which DiMillo’s is installing an automated Sureshade on as well!

This photo shows the DiMillo’s Yacht Sales team busy installing a SureShade system on Camelot, a Sabre 48 that was sold out of their NY office.

As both Back Cove and Sabre Yachts get set to debut new models featuring SureShade systems at the 2014 Miami Boat Show (with the Sabre 54 Salon Express and the Back Cove 41), we expect DiMillo’s will be busier than ever fulfilling customer requests for more shade on both new and existing models.

The SureShade Dealer Award and Recognition program is designed to formally recognize top boat dealers for their sales and service efforts throughout the year. Boat dealer performance is evaluated throughout the year on the criteria of sales performance, installation expertise, customer service, co-marketing efforts and private boat owner feedback.