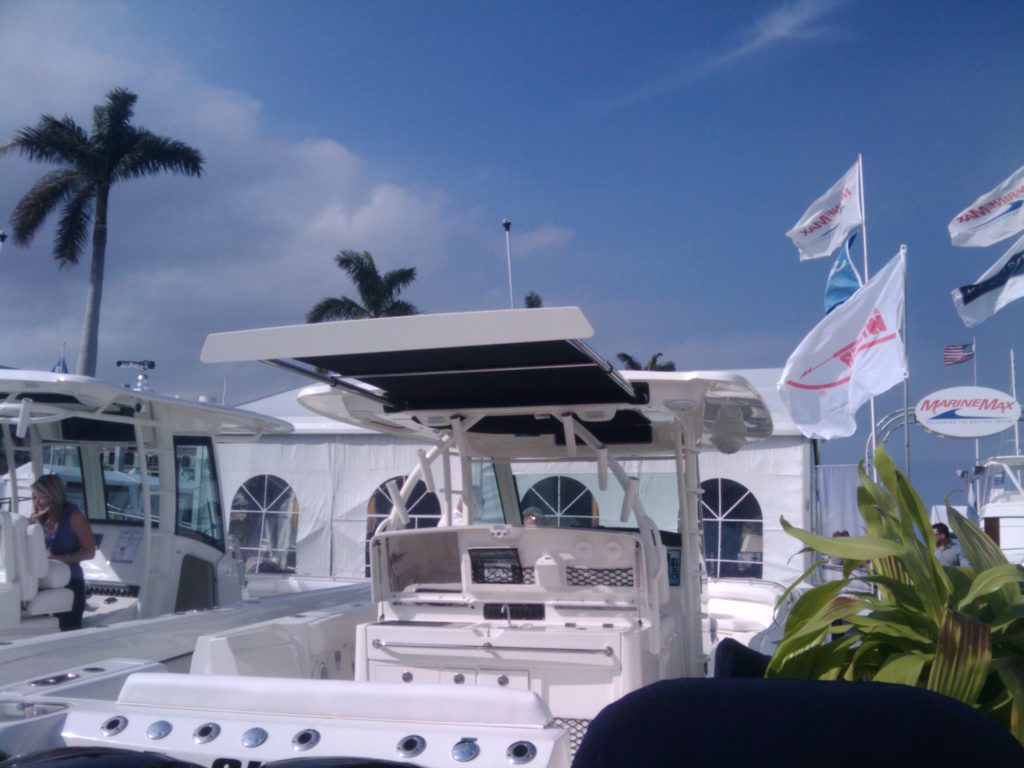 The Boston Whaler 370 Outrage won in the “Cruisers (25’ to 140’ including fishing craft)” category against some some pretty big competition.

The 370 Outrage stood out from the competition because it showcased more features and amenities than other fishing boats on the market.

Features that helped the 370 Outrage win the innovation award include the elimination of the motor well, forward sun pad with underneath storage, retractable shade top and molded in bow thruster.

The retractable shade top by SureShade is one of the many innovative options available for the 370 Outrage. Known as our Automated Tele-Frame, the fully integrated shade top can be retracted or expanded at the touch of a button.